Absolute auction all sells to the highest bidders on location:
4900 Aultman Rd., North Canton, OH 44720
Directions: From Akron, OH & I-76 take I-77 south to the Canton-Akron Airport exit (#113), turn right and go 1.1 miles, then slight right onto Greensburg Rd. go 1 mile then right onto Aultman Rd. to auction.

This outstanding auto collection is being offered at no reserve. The cars consist of a great blend of nut-and-bolt restorations and extremely well-done restomods. The motorcycle is a very well-done custom. The 2 freestanding engines are very fresh builds with only run time on the stands.

1957 CHEVROLET 150 BUSINESS COUPE: This car is built on an Art Morrison frame with all of the best components. It has a 430 ci stroker motor built by Malicuit Racing Engines of Strasburg, OH. The engine produces approx. 500HP. The transmission is a 700R. There are Wilwood disc brakes all around. The rear wheel wells have been tubbed. There are approx. 5,000 miles on this build. The paint is wonderful.

1955 CHEVROLET: It has been built the way it should be. The black paint is great, and the Jim Roll interior is proper for a car of this style. The engine has 454 ci. There is a Richmond 6-spd. transmission. There are disc brakes all around and the suspension show significant upgrades. The rear rides on air bags.

2014 JAGUAR XJ 3.0 AWD: This car has 5,500 miles on it and exhibits extreme attention to its care. Both the interior and exterior present as nearly perfect.

1968 PLYMOUTH GTX: This car is not to be missed. It is a 2-owner car with a 426 Hemi engine believed to be the original motor. It has a 4-spd. transmission. The engine has a replacement carburetor and an MSD ignition with the original parts included in the trunk. There is little to say except that this is an absolutely Blue Chip Mopar.

1970 CUDA: Another wonderful Mopar. This is a 383 ci high-performance 4-spd. car with pistol shifter. It is Plum Crazy in color with the correct stripes on the flanks. The owner is uncertain as to the originality of the motor. The car presents a very correct restoration.

2011 CUSTOM V-TWIN MOTORCYCLE: This bike is built on a Bourget frame. The motor and transmission are S&S. It is a 100 SE motor. The paint is excellent.

1927 FORD ROADSTER: This is an extremely interesting car. It was originally constructed as a drag car with a tube chassis. The owner had it converted to its current configuration primarily by having the roll cage removed and the frame appropriately reinforced. The engine is a blown 604 ci. Chevrolet with Arias Hemi heads. It dyno’d at 1,004 HP at the crank. The transmission is by Lenco. The paint and interior have been done to an excellent standard. The car is an absolute jewel to look at.

1955 CHEVROLET NOMAD: This Nomad has had an absolutely correct nut-and-bolt restoration. The engine is an original style 265 ci with a 4-barrel carburetor. The transmission is automatic and underneath is as clean as the top side. The interior is perfect. It is an extremely collectible Chevrolet.

1957 CHEVROLET BEL AIR CONVERTIBLE: Another wonderfully restored car. The engine is a correct 283 ci with a 3-spd. column shift transmission. The paint, top, and interior present better than new. This was a California car and has been given a frame-off restoration.

1967 CHEVROLET CAMARO: This car was built as a faithful recreation of a Nickey Motors Camaro. It has a correct Chevrolet 427 ci motor and an automatic transmission. The car even has the chambered exhaust system. The top and paint are extremely nice.

1958 CHEVROLET IMPALA 2-DOOR HARD TOP: This is a great representation of the era. The light blue paint, twin antennas, tri-color interior, and continental kit are all what one would expect. The engine is a 348 ci tri-power with an automatic transmission.

1950 OLDS 88 2-DOOR COUPE: This hot rod was built in the old-school style. The paint is root beer in color and the engine is a 500 ci Cadillac. The transmission is a 400 turbo automatic. Front disc brakes are being added. The frame and suspension appear stock. The car is driver quality and the interior is in good condition. A very unique car that you won't see many of.

FRESHLY BUILT FORD FLATHEAD: The engine was built as a stroker motor with Offenhauser heads and intake which includes 3 deuces. The displacement is 286 ci. It includes Scat rods and Ross pistons. The engine has been balanced and blueprinted.

CHEVROLET BIG BLOCK: This is a professionally built motor using a 454 tall deck block. The block appears to be a later version as it has the one-piece rear main seal. It has Trick Flow heads, (2) 4-barrel carburetors, and intake from Edelbrock. 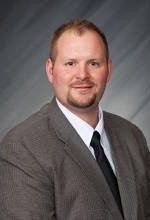