NOTE: We have another great auction this year. Several consigners have brought us some great items, including one truly attic find of untouched cards from the 1950s and 1960s. We have a large assortment of Baseball, Football, Basketball, and Non-Sport Cards, Graded Cards, Autographed Items, and more. KIKO Auctioneers is always accepting quality consignments of sports and non-sports cards, memorabilia, comic books, toys, and more for our auctions throughout the year. Give us a chance to sell your collectibles for you and you won't regret it!
Continue Reading


Chattel Terms
Visa, MasterCard & Wire Transfer accepted. Wire Transfer required on purchases of $1,500 or more. 15% buyer’s premium on all sales. Information is believed to be accurate but not guaranteed. Multi Par auction process may be used.
Sign up to learn about upcoming auctions and KIKO news.
Auction Team 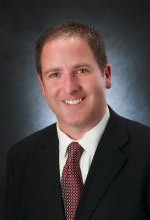