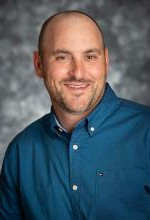 What My Clients Are Saying

Jeff is a third-generation member of the Kiko family and has been with the company since 2000. He is a member of the Ohio Auctioneers Association, the Ohio Association of Realtors, the National Association of Realtors, the Stark County Association of Realtors, Lake Twp. Chamber of Commerce and Lake Twp. Zoning Commission. National Auctioneers Association. Jeff is a 2001 graduate of Marlington High School, a graduate of the Missouri Auction School in 2003 and a graduate from the Hondros College for Real Estate in 2002. In 2014, Jeff was in the top 10% company-wide in total sales, and hopes to continue his success in selling farms, houses, equipment, antiques and firearms. He is also involved with several charitable and benefit auctions including: Portage County Fair, Southeast High School FFA, Lake Center Christian School Auction, St. Joseph of Randolph Auction, NRA of Hartville Auction and Lake Athletic Booster Club Auction.

Jeff can help buyers and sellers achieve their goals every day by offering them options. Whether selling your home, buying or selling investment property or dealing with an estate, Jeff makes turning assets into cash very simple!

Jeff is married to Nicole and has three boys, Ethan, Caleb and Lucas. They have recently moved into their new home in Hartville, Ohio. 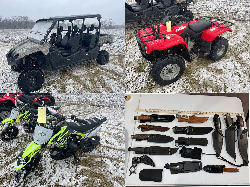